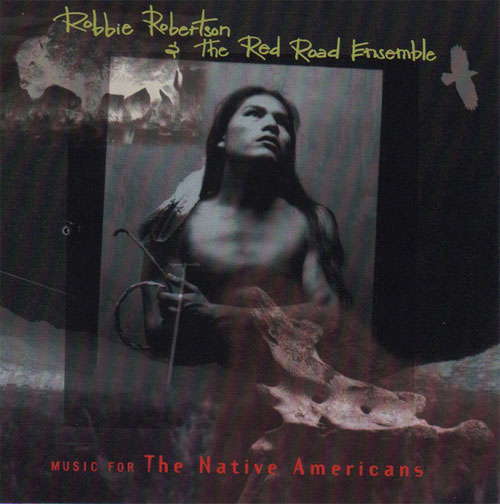 In October, Robbie releases his third solo album entitled Music For The Native Americans. It’s his first foray into writing music specifically inspired by his Mohawk heritage. The success of “Mahk Jchi (Heartbeat Drum Song)” inspires a concert in Agrigento, Italy, celebrating Native American music. Robertson headlines the festival along with numerous Native American musicians, and portions of the live performance will appear in a future PBS documentary.