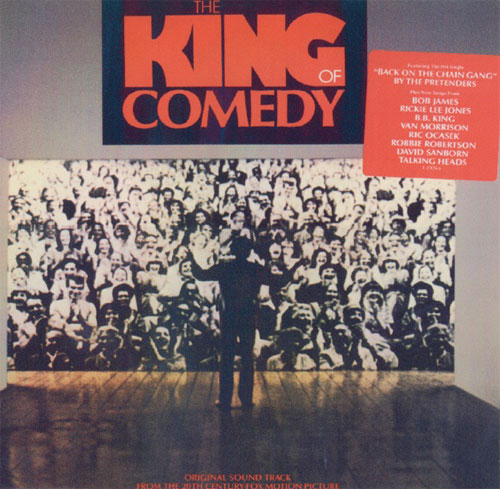 For another Scorsese film, King Of Comedy (released in 1983), Robertson serves as music producer, assembling tunes by The Pretenders, Talking Heads, Ray Charles and Rickie Lee Jones. He also contributes with his first post-Band solo recording, “Between Trains.” In addition, the soundtrack includes Van Morrison’s “Wonderful Remark,” for which Robbie produced and played guitar.