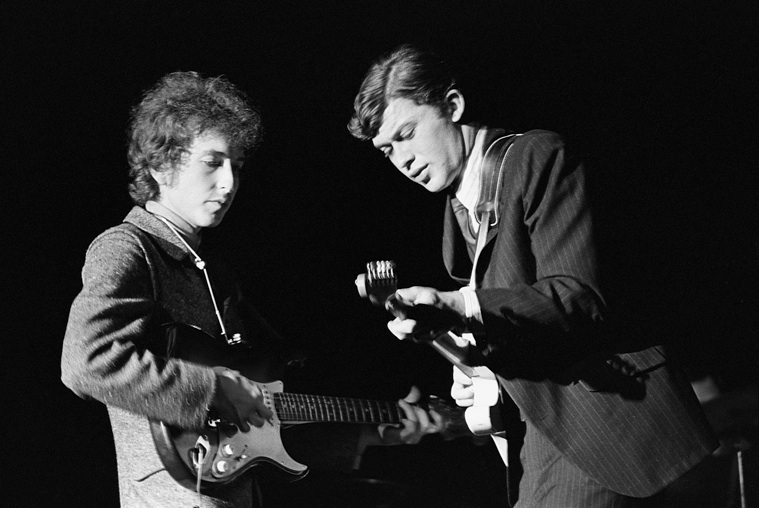 In late summer, Bob Dylan is looking for a backup band for his first U.S. “electric” tour. Robertson is recruited to play guitar and after two shows the balance of The Hawks are brought aboard

With Dylan, the Hawks play a series of concerts from September 1965 through May 1966, marking Dylan’s final transition from folk to rock.

Robbie plays guitar on the John Hammond album So Many Roads. Robertson’s guitar work is among his most exciting blues performances, what Greil Marcus described as “all rough edges, jagged bits of metal ripping through the spare rhythm section”.